You Can’t Win a Tournament in Round 1, But You Sure Can Lose It

Haters who know I bleed “Carolina Blue” will accuse me of taking a cheap shot with the story I’m about to retell. But when the world of sports rivalries intersects with managing risk in an investment portfolio, it seems unreasonable to ask me to not make the following comparison! 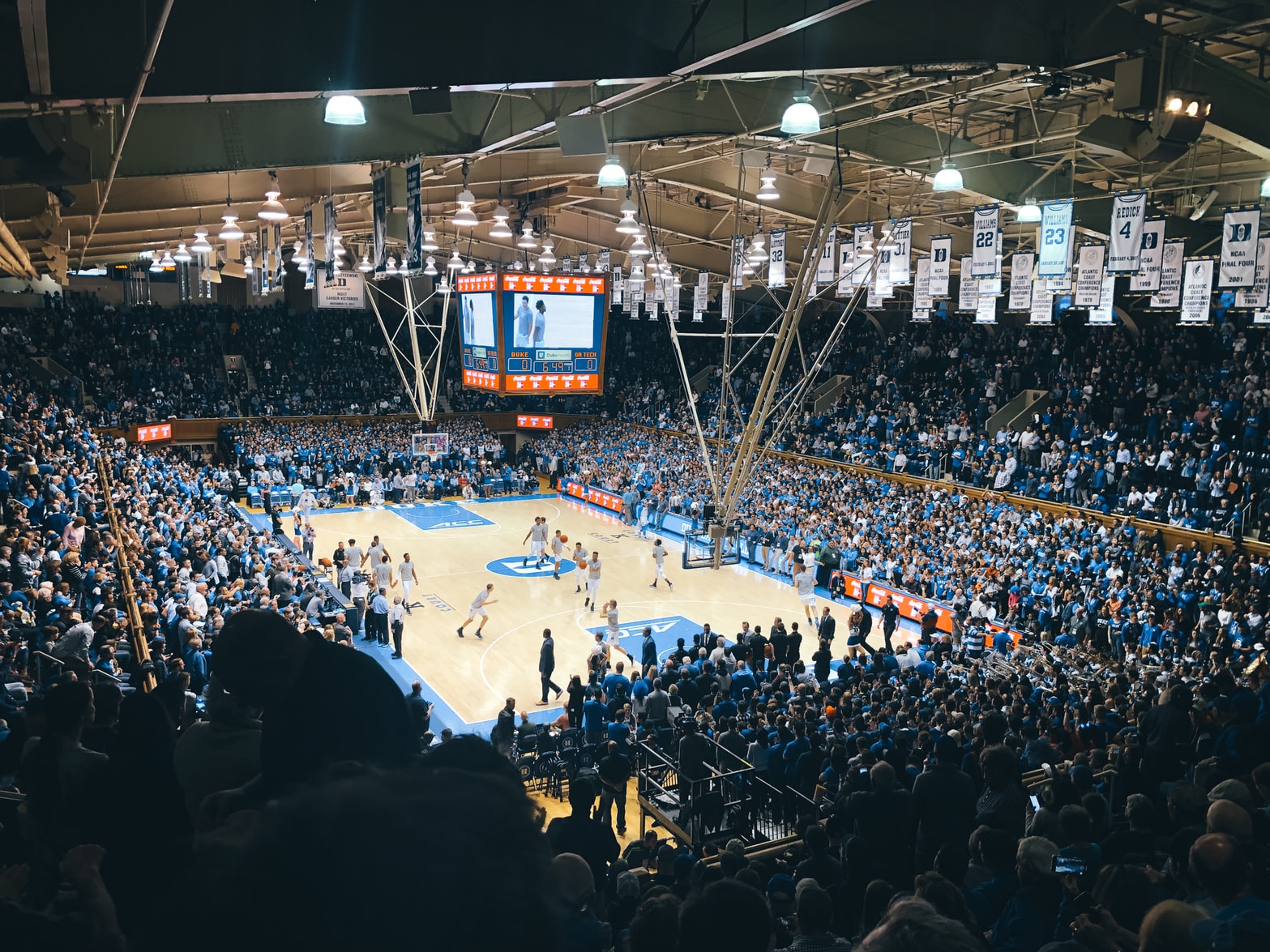 Throughout the 2012 men’s basketball season, the Blue Devils consistently were in the top 10 of most rankings, and they secured the #2 seed going into the NCAA tournament. (As an aside, coincidently, their first round was played at the Coliseum in our firm’s hometown of Greensboro, North Carolina.)

The NCAA tournament is like any other bracket in that becoming the champion requires success over several rounds. You can’t win the whole thing in round 1, but you can lose it — and Duke suuure did. Fifteenth-ranked Lehigh stuck with the Blue Devils during the first half and took the lead for good in the second to close out the upset.

Your clients’ full financial lives are similar. Satisfying their long-term goals requires several, progressive stages. And while their accounts can weather trailing the competition for short periods of time, a Duke-like implosion can have catastrophic consequences.

There’s More Than One Way to Win

One way to win — in sports and investing — is by achieving incessant perfection. In NCAA basketball, those are the teams of all-stars who play well as a unit, accumulate a bunch of wins during the regular season, and then get extra hot as they march through to the Final Four. In investing, it’s being able to pick only winners, purchasing at the ideal time and being just as perfect in timing the sale. This is far from reliable or repeatable.

Another way to win still requires quality vis-à-vis dedication, preparation, and adaptability. But rather than striving for incessant perfection, this approach focuses on avoiding catastrophic losses. It recognizes that perfection is naturally disrupted by unpredictable factors, like two players sitting out due to illness or a global pandemic shocking the stock market with uncertainty. You manage through the unpredictability by avoiding large mistakes, which is our goal at Blueprint. It means we may not blow out other managers every quarter (more on that in a moment), and in bull markets we probably won’t be the darling discussed on CNBC, but we think the ability to avoid catastrophic loss puts our advisor clients (and their clients) in a position to win over the long term.

What if Duke had been able to minimize large mistakes in 2012? Would they be tied today with the Tar Heels at six national championships? We’ll never know because, like I said, you can’t win the tournament in round 1, but you can lose it.

We’ve seen the dichotomy between the two approaches to winning play out in the investing world by way of the high-profile story involving the California Public Employees’ Retirement System (CalPERS). In a nutshell:

Cost is a chief complaint about strategies like tail-risk hedging, which are designed to provide downside protection. It was a reason Meng cited in making his decision.

Other scrutiny arises when analysis is applied over a narrow time period. Sure, a downside protection program doesn’t seem necessary when you put on blinders and look only at the period between 2010 and 2019. In the same way, that vehicle insurance you purchased at 21 doesn’t seem necessary until you’re rear-ended on the highway at 35.

Either objection may be a solid argument if you’re one of the illusive investors, advisors, or asset managers who knows how to achieve incessant perfection. But if, like us, you’re human and not able to predict unexpected market events, then what’s your “insurance policy” to avoid large mistakes during drawdowns?

I think this excerpt from an Institutional Investors article about the CalPERS situation hits the nail on the head: “But it’s the big losses that matter when it comes to compounding. ‘That’s not my opinion; it’s not even an empirical observation. This is a mathematical fact.’” This selection quotes Mark Spitznagel, who founded the firm that was primarily responsible for the tail-risk hedging program Meng chose to unwind.

A Smoother Ride for Investors

Risk management, particularly downside protection, is a primary consideration in how we construct portfolios at Blueprint. We use trend following to dynamically allocate away from asset classes and stocks that are in a downtrend. This helps us preserve capital by reducing exposure to poor-performers. We redeploy the capital to asset classes and stocks that are in an uptrend. The result is a smoother ride for investors.

Yet, we sometimes hear doubts similar to the ones that ultimately led to Meng’s decision for CalPERS. The catalyst for those doubts is our willingness to deviate from benchmarks over the short term, with the goal of outperforming in the long term.

To be more precise, it is a willingness to deviate in return only. For other metrics, such as risk and risk-adjusted return, our goal is to outperform continually. We believe these are more important metrics — and more easily controlled — because they increase the probability that clients will stay anchored to their advisor and their financial plan.

Let me be clear: We design strategies that sometimes underperform common benchmarks because we’re more focused on the long-term goal of outperforming those same benchmarks over an investor’s financial life. It is not an accident. We consider these periods the “insurance premium,” with the payout being twofold: limiting downside in periods like March 2020 and better long-term return.

Protecting Capital During The Coronacrash

To illustrate this point, here’s a chart that maps out how our trend-following process helped us protect against the downside during the coronacrash in Q1. Compared to other popular benchmarks, the Blueprint Growth Strategy preserved more capital for our advisor clients (and their underlying clients). You can watch this short video for additional information about the chart. 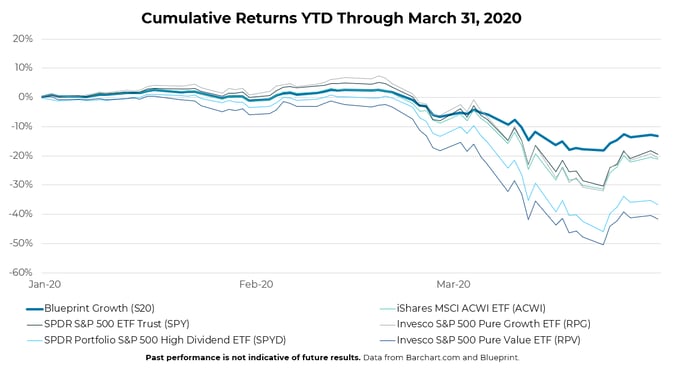 In addition to noticing how we protected against the downside in March, I’m upfront about encouraging you to notice that we weren’t leading the pack in January and February. Again, as managers focused on long-term goals, we’re willing to accept some short-term deviations in return.

After all, what matters is creating more wealth for clients when they need it, not at some random point during the contribution phase.

If you’d like to learn more about our trend-following discipline, sign up for our monthly portfolio updates. And don’t hesitate to reach out if you’d like to discuss our approach to downside protection.

Information obtained from third-party sources is believed to be reliable though its accuracy is not guaranteed.