We are big fans of Moneyball and share the mindset of using data to make more rational decisions. We also enjoy using lateral thinking to translate, in relatable terms, our investment process and thinking around risk management. Sports provide us with a particularly fertile environment to do that.

Of all major U.S. sports, none has a vaster treasure trove of data than baseball. Perhaps it is no coincidence then that no sport depends more on data to make tactical decisions than the national pastime.

Major League Baseball’s Fall Classic got us thinking about an interesting corollary between effective hitting and an adaptive approach to asset management. 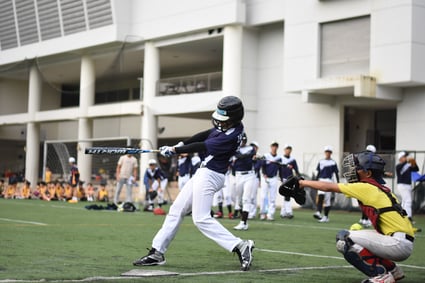 One of the classic tactics of baseball managers is to try to maximize the “platoon advantage” by stacking the lineup with batters whose dominant hand is the opposite of the pitcher on the mound; when the pitcher throws right-handed, managers place more left-handed players in the batting order, and vice versa. The historical data confirms this is a wise strategy. Batters are more effective, on average and at the median, against pitchers with the opposite dominant hand (RHBs vs. LHPs and LHBs vs. RHPs).

Switch-hitting batters attempt to always exploit the platoon advantage by changing which side of the plate they bat from based on the handedness of the current pitcher. As you might expect, the data confirm that SHBs are more acutely successful than batters who do not have the platoon advantage. In other words, a SHB batting left-handed against a RHP is more likely to be successful, all else equal, than a RHB against that same RHP.

With this set of facts, parents of baseball-inclined children might be motivated to encourage switch-hitting at a very young age to maximize their child’s hitting potential. However, it turns out that this strategy would not be optimal based on the data. This approach fails to properly emphasize two key factors in odds-based decision making: frequency and magnitude.

We often cite a figure that the S&P 500 has finished positive in 63% of months since 1929, a serious advantage for investors with long positions. Most investors are accustomed to and comfortable with market up days.

In baseball, batters share this feeling toward RHPs. At the professional level, the vast majority (about 72%) of pitchers are right-handed. The number is even higher (approximately 90%) at amateur levels. The disproportionate frequency of RHPs means that batters are more familiar with hitting against righties.

This plays out when analyzing batting statistics such as OPS (on-base plus slugging percentage, a traditional measure of hitting prowess). RHBs are considerably better against RHPs than LHBs are against LHPs, presumably due to the increased practice RHBs have without the platoon advantage.

When Magnitude of the Advantage Doesn’t Justify the Strategy

To make the most informed decision about optimal strategy – whether for investing or baseball – one must consider not only the frequency but also the magnitude of a tactic’s advantages and disadvantages. Let’s first look at the implications in the realm of baseball.

We analyzed the data for every batter with at least 500 career plate appearances for as long as full game logs with platoon splits are complete, accurate, and readily available (1973) from Baseball Reference.

What the data show is that while SHBs are better against RHPs than RHBs, and better against LHPs than LHBs, they have a notably worse aggregate OPS than RHBs and especially LHBs. The reason for this is that while SHBs do better than batters who don't have the platoon advantage, they significantly underperform dedicated RHBs and LHBs when those non-SHBs do have the platoon advantage.

In other words, even though switch-hitting creates an advantage with 100% frequency, the magnitude of the advantage does not justify the strategy.

Assessing the Magnitude of the Advantage

*for SHBs this means better against RHP than LHP
Source: Baseball Reference, 4/5/1973 to 9/6/2021, players with careers beginning 1973 season or later with at least 500 career plate appearances each against RHP and LHP

When magnitude is factored in, the odds of success are highest for LHBs against RHPs. Not only do LHBs have the platoon advantage most of the time, but they hit RHPs with much more success than RHBs have against LHPs. Even though LHBs are 0.025 OPS worse than RHBs when each have the platoon disadvantage, and only 0.018 OPS better when each have the advantage, the frequency of the advantage (given the preponderance of right-handed pitching) brings about better composite results for LHBs.** It’s no surprise then that the five best hitters of all time (Babe Ruth, Ted Williams, Lou Gehrig, Oscar Charleston, and Barry Bonds) in terms of OPS were all LHBs.

Bringing It Home for Advisors

All of this raises a few important insights for financial advisors and how Blueprint seeks to serve them.

The first is that advisors must consider both frequency and magnitude when it comes to risk and return. We are often asked why our strategies focus so heavily on reducing the risk of sustained bear markets but seemingly place less emphasis on what we call “price shocks,” or sharp drops that ultimately recover quickly. The reason is that shocks, while relatively frequent, have little impact on long-term compounding of returns, while sustained declines have a permanent impact on compounding, particularly for clients in or near retirement. In baseball, even a large platoon split probably won’t end a big-leaguer’s career; in investing, a large drawdown can spell ruin, especially when withdrawal requirements are near or present.

Secondly, advisors must focus on what is optimal long-term versus what is necessarily best in the moment. Employing a heavy left-handed batting approach may yield some subpar performances in a given game against the rare team with a glut of left-handed pitching. Over a career, or in our case over a lifetime of investing, the odds of success are increased by consistently relying on the approach best supported by the data.

The truth is that we at Blueprint are constantly researching ways to enhance performance in all periods and market environments, but this is an ongoing journey which requires choices in the short run. In the face of those choices, we will continue to rely on the data to tell us the best approach to keep clients on track over the long-term, optimizing the chance of success for our partnering advisors.

So while my O’s kicked off another long offseason of picking first in the draft, my wish for the Braves and Astros was the best of luck and a dramatic finish in the World Series. Likewise, all of us at Blueprint wish the best for our current and prospective partners, but without any of the drama.

**Footnote: An interesting recent parallel exists for my beloved Baltimore Orioles. Cedric Mullins, our centerfielder, came up through the minor leagues as a SHB and was doing so poorly two seasons ago that he was sent back down to the minors with a batting average of .094. Since his temporary demotion, he has given up switch-hitting to focus on batting left-handed full time. He finished the 2021 season with an .878 OPS with 30 home runs after earning his first selection to the All-Star Game.